In Palermo food is sacred, especially the street one.

From the vibrant colors to the abbanniate (screams) of the vendors, from the strongest flavors to the most delicate, the street food in Palermo is a real cultural heritage.

Walking through the streets of the main markets of Palermo, an explosion of smells and tastes strikes all the senses. Here the ancient tradition of buffittieri was maintained over the centuries, preserving and passing on ancient recipes that were the brainchild of the most humble people.

Parts of animal waste, vegetable and chickpea flour are the ingredients prince of street food in Palermo.

Here's what to eat in Palermo, to experience the city's history. 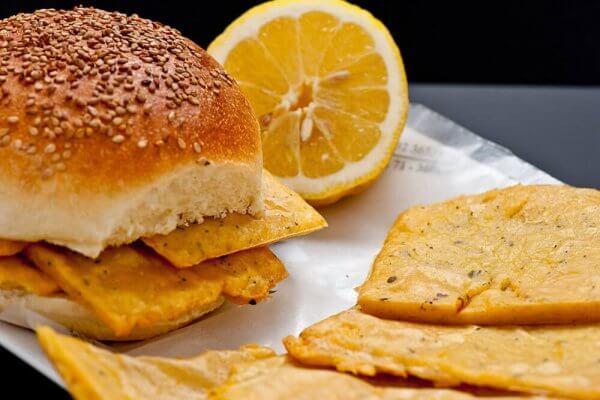 Fritters of chickpea flour, panelle are excellent dressed with salt and lemon or served in a sesame seeds sandwich (mafalda or muffoletta). Heritage of Arabic domination on the island,they are fried and served still hot.

Sfincione is a big sheet of dough topped with tomato, onion, anchovies and caciocavallo. The name probably derives from the Latin 'spongia' (sponge), precisely indicating the softness of the dough. 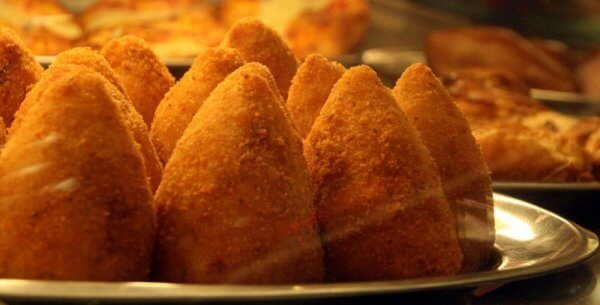 In Sicily there is a real debate on the gender of the term used to name this dish: in the areas of Catania it is called arancino, in the masculine form, whilst in Palermo using the feminine form arancina is a must. Whatever the name, this ball of fried rice, flavored with saffron and enriched with different ingredients (meat sauce, butter or vegetables and so on), is one of the most famous and loved Sicilian dishes all over the world.

Meusa, literally spleen, is a compound of spleen, lung and trachea chopped to small pieces, fried in lard and served inside a sandwich which can be consumed schittu (by itself) or maritato (married) together with ricotta cheese. 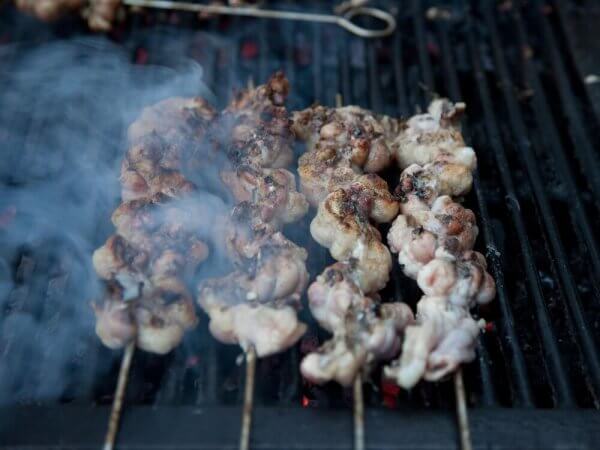 Stigghiole are lamb entrails cooked with onions on a skewer and grilled. Alternatively, these entrails can be stewed in a pot with onion, celery, carrots and parsley and served simply with salt, oil, pepper and lemon. This is the so-called quarume (hot dish).

Crocchè are essentially potato croquettes with parsley, while the rascatura is made from leftovers of panelle and crocchè scraped from the pots and fried together.

Frittola is made with offal of veal, boiled and then fried with lard and spices. The consumption of this dish is a real ritual: the frittola,once cooked, is placed in a wicker basket and kept constantly covered. Only the frittolaro will open the basket and prepare a sandwich or serve the frittola on a piece of paper, and only with a bit of trust, you can let yourself go and enjoy this dish.

This triad is the less noble parts of the animal, respectively the nose, ears and feet . These parts are boiled, spiced and served in small chunks. 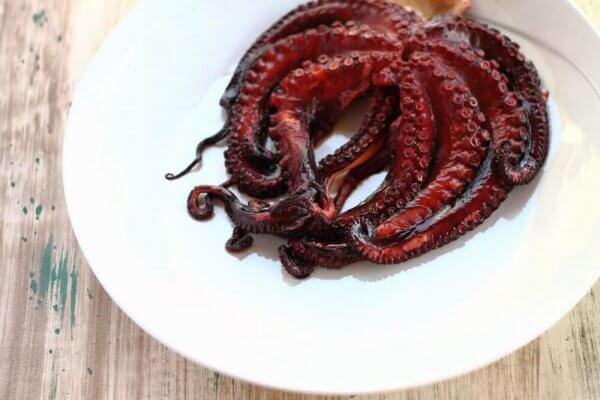 Another great tradition of street food in Palermo is the preparation of seafood such as octopus and shellfish. The figure of the purparu is sure to be present in all the streets and markets of the city, ready to serve you a boiled octopus seasoned simply with lemon.

Fritturiedda consists of small blue fish, squid, cuttlefish, shrimp, mullet and sardines dusted with flour and fried together. It is served in paper cones (the famous Neapolitan cuoppo) and consumed on the street. 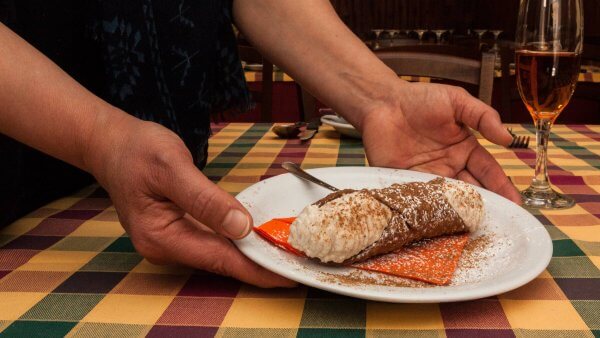 To end on a sweet note, you can’t miss two symbols of the Sicilian culinary tradition such as cannoli or cassata served on stalls or lapini (from the name of the transport) they are the best way to lighten the palate and the spirit after the strong meat or fish flavors.