Under the sicilian sun: Camilleri and his Inspector Montalbano

The Sicily of open spaces, wild nature and baroque towns is the Sicily of Camilleri and Montalbano

“Montalbano claims to love what is left of the “wild” Sicily: greedy for green spaces, with its small, dice-shaped houses crammed on hills and cliffs in an improbable balance. And I love all of this too, but to me it is more of a memory game.”

The Sicily of open spaces, wild nature and baroque towns is the Sicily of Camilleri and Montalbano: a land where you can get lost in the absolute beauty of nature and the small villages and where passions and intrigues still have the flavor of respect and honor.

Andrea Camilleri, the author, and Salvo Montalbano, the inspector who made him famous in the world, act in a beloved, dreamed and remembered land by Camilleri and sublimated by Montalbano, in a game of memory and passion for an island that is incredibly multifaceted.

Camilleri was born in 1925 in Porto Empedocle, near Agrigento, where he lived until the late 1940s. After moving to Rome he started to work as a director, screenwriter and author for RAI (Italian national television) following some of the most known Italian television crime shows (just think of Tenente Sheridan and Commissario Maigret), as well as for the theater. The underlying theme of his entire career is writing, which became more and more of an intense commitment after he abandoned the entertainment world because of age limits. After retiring, in fact, Camilleri debuted in fiction in 1978 with Il corso delle cose, a text that went mostly unnoticed, followed by Un filo di fumo, the first in a series of novels set in the fictional town of Vigata, now known all over the world. The real success, however, came between 1992 and 1994, years in which he published La stagione della caccia and especially La forma dell’acqua, the first novel that sees Montalbano as the leading character.

From this moment onward, Camilleri became one of the most beloved and followed authors in Italy and abroad, known around the world through the actions and the way of life of his main character.

That's how Montalbano introduces himself from the start of each text. It doesn’t need other introductions, his gestures and his cases characterize him page after page, frame by frame. A grouchy and self-effacing man, in love with his land, good food and sensitive to feminine charm, the inspector has an innate ability to solve the most complicated and turbid cases. Montalbano has no other ambition, he just wants to do his job well, and his sincere and direct attitude has guaranteed Camilleri’s character his current success. 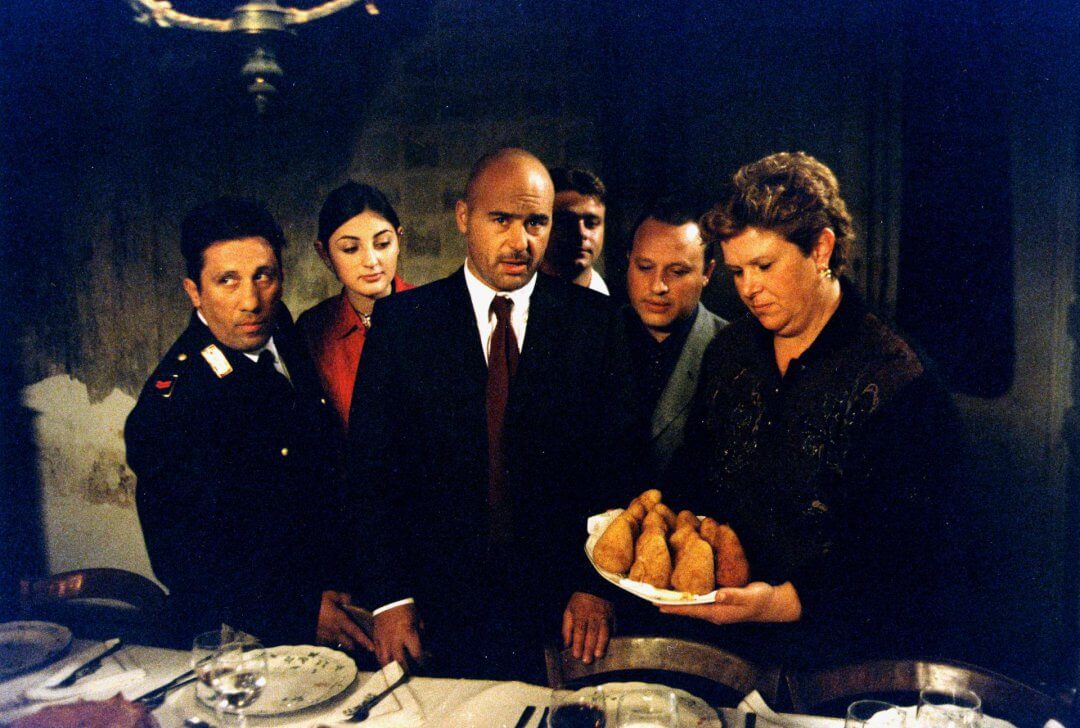 The Sicily of the Inspector

The sophisticated landscape descriptions in the texts and especially the beautiful shots of the TV series have shown the wild beauty of the Sicily that Camilleri feels running through his veins. Vigata and Montelusa might be invented names, but they portray real cities and towns: from Ragusa to Scicli, Modica in Punta Secca.

The island shown by Sironi, director of the TV series, has therefore created in the popular imagination, Italian and not, what is known as 'the Sicily of Montalbano', where each area is associated with a significant event in the inspector’s life or with one of his investigations. 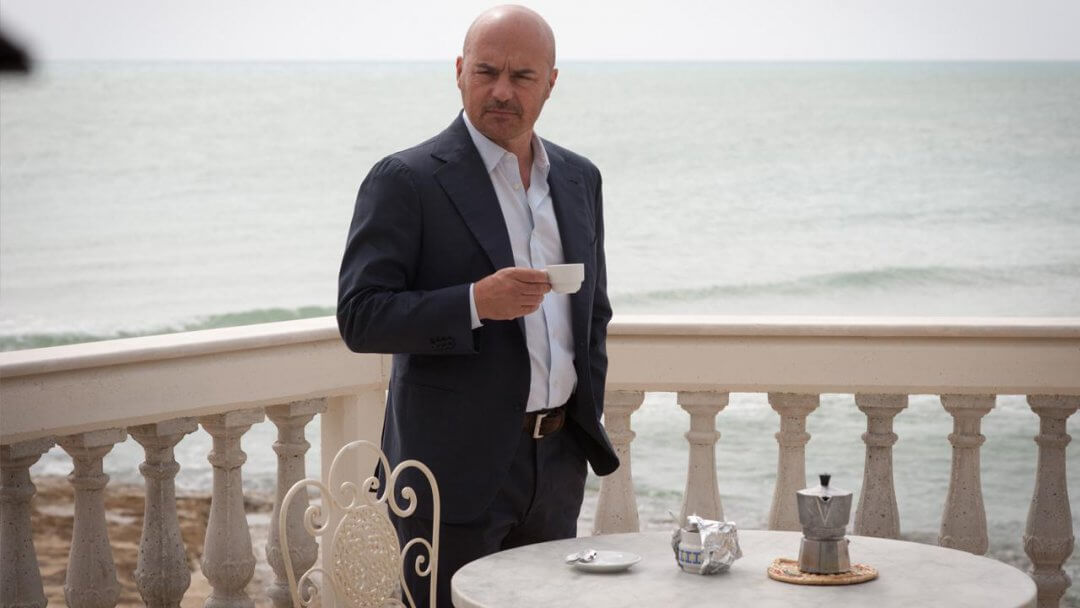 Punta Secca and the home in 'Marinella'

In Punta Secca, a fraction of Santa Croce Camerina, there is Montalbano’s house, known worldwide for its famous terrace overlooking the sea. Punta Secca, now known as 'Marinella', is a small fishing village, almost uninhabited during the winter, that comes to life during the summer due to the beautiful beaches surrounding it.

The facade of Scicli’s City Hall recurs in all the episodes of the series, representing Vigata’s police station. A Baroque town nestled in the Monti Iblei, Scicli is included in the list of the Late Baroque Towns of the Val di Noto and has been awarded the UNESCO heritage title in 2002. 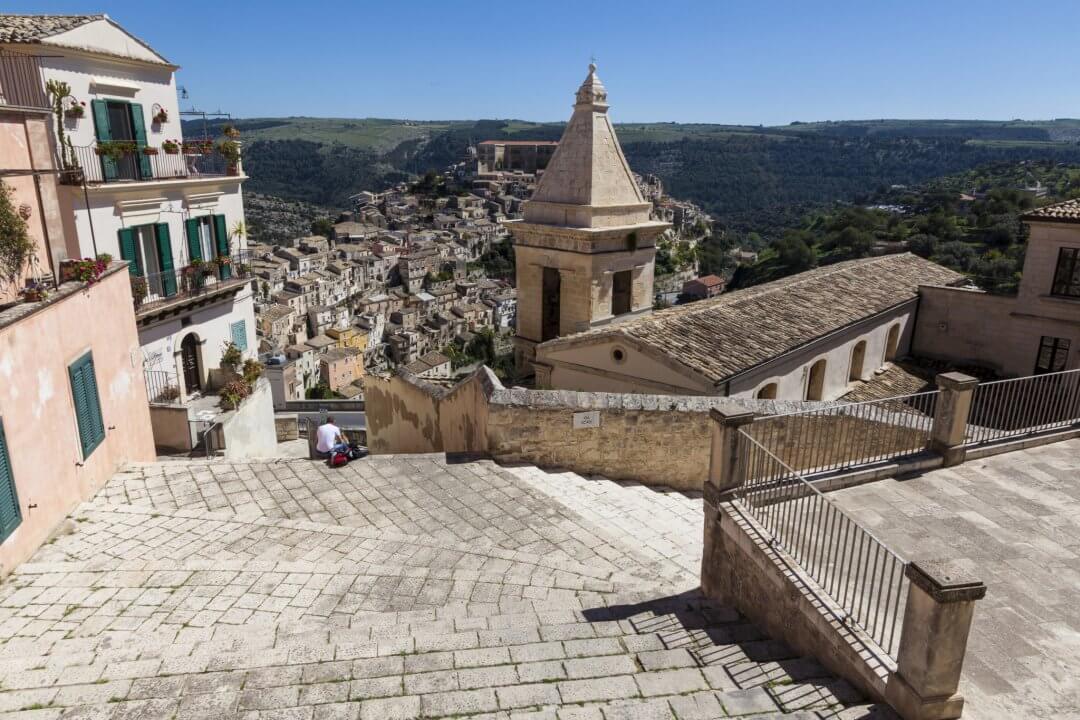 Vigata is often represented by the beautiful scenery and the splendid architecture of Ragusa Ibla, the historic center of Ragusa.

Piazza Duomo, the Cathedral of St. George, the Conversation Club, appear often in the filming of the exterior of the series, giving physical and real form in a country dotted by the words of Camilleri.

Another beautiful baroque city, Modica has often been used in a few episodes to represent the literary town of Vigata, alternating with Ragusa. Among the places that appear the most on camera we should mention the staircase leading to the medical examiner's house, the Duomo di San Giorgio, Palazzo Polara, the mutual aid societies, the Church of San Pietro and the palace of studies with the attorney general’s offices. 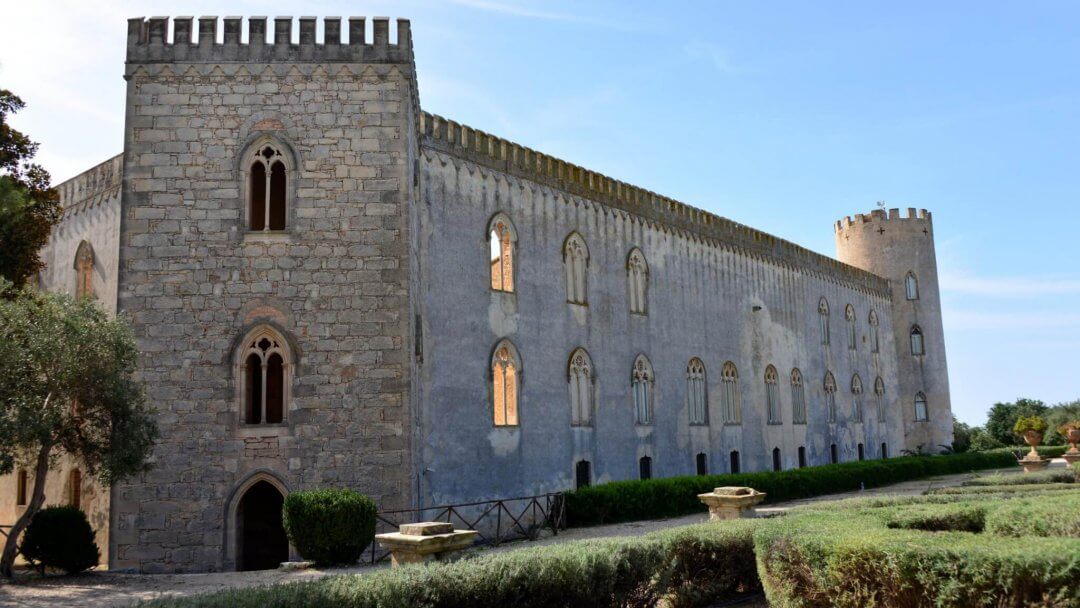 The Castle of Donnafugata

Home of the boss Balduccio Sinagra, the Castle of Donnafugata is a splendid, noble mansion of the nineteenth century, a few kilometers from Ragusa. Climbing up on the terrace, you can walk on the large balcony where Montalbano meets the boss, and visit the gardens in which you will recognize the famous labyrinth where some scenes of ‘La gita a Tindari’ were shot.

Following the trail of the Inspector in his land will allow you to immerse yourselves in the authentic Sicily, the rural and authentic place that Camilleri lovingly continues to narrate in each of his novels.